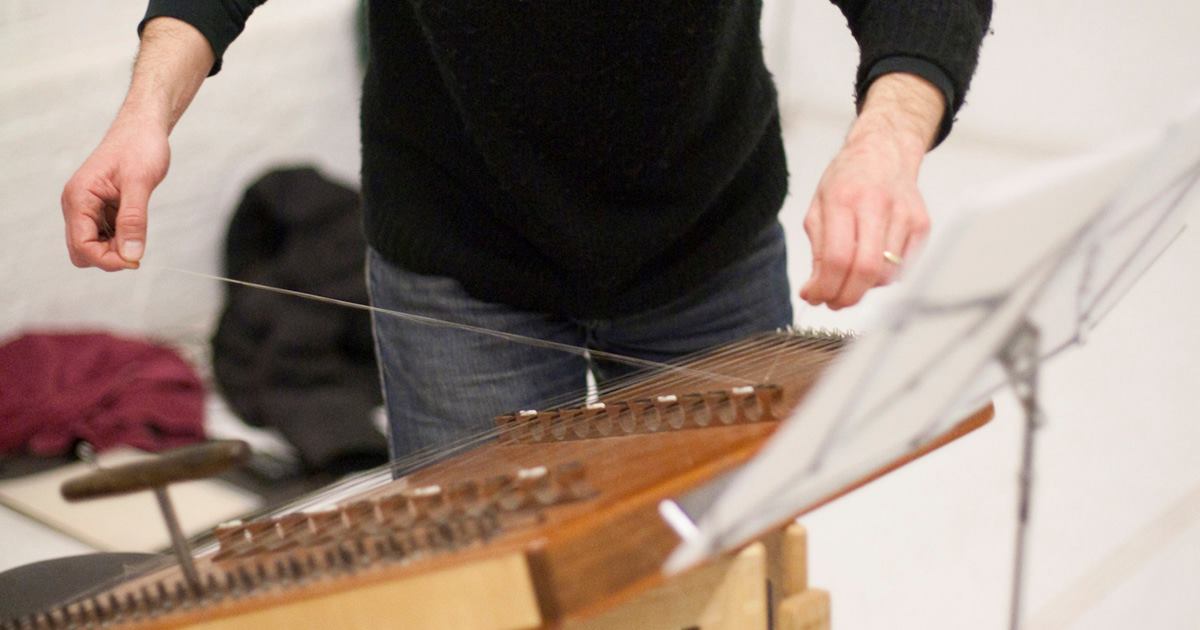 Dan Joseph is a freelance composer, curator and writer based in New York City. He began his career as a drummer in the vibrant punk scene of his native Washington, DC. During the late 1980s, he was active in the experimental tape music underground, producing ambient-industrial works for independent labels in the U.S. and abroad. He spent the ‘90s in California where he studied at CalArts and Mills College. His principal teachers include Pauline Oliveros, Alvin Curran, and Mel Powell. Equally influential were his studies with Terry Riley during several workshops in California and Colorado.

As an artist who embraces the musical multiplicity of our time, Dan works simultaneously in a variety of media and contexts, including instrumental chamber music, free improvisation, and various forms of electronica and sound art. Since the late 1990s, the hammer dulcimer has been the primary vehicle for his music. As a performer he is active with his own chamber ensemble, The Dan Joseph Ensemble, as well as in various improvisational collaborations and as an occasional soloist. He has collaborated with a variety of creative artists including Miya Masaoka, Pamela Z, Loren Dempster, JD Parran, India Cooke, Andrea Williams, William Winant, and Miguel Frasconi and John Ingle.

As curator and presenter, he has organized over 100 concerts as an independent producer and as a member of organizations such as Harvestworks, Mutable Music (producers of the acclaimed Interpretations series), and the San Francisco Electronic Music Festival. He currently produces the monthly music and sound series Musical Ecologies at The Old Stone House in Park Slope, Brooklyn, and is a co-producer of the Music for Contemplation series in Williamsburg, Brooklyn.

The Extradition Series presents concerts and recitals that exist at the intersection of composition and improvisation, framed in an aesthetic of chance and intentionality, clarity and silence. The series is curated and directed by Matt Hannafin and presented by the Creative Music Guild.