In their duo-voice project Golden Organ, Margaret McNeal and Stephanie Lavon Trotter use voice to compose within the multiplicity of textures and timbre, with and without electronics, to expel and transform stories, shared in sounds, song, and text.

This work and there was a new voice which you slowly recognized as your own plays within the art form of ‘opera’ as an immersive, multi-disciplinary presentation that inspires and influences dialogue. They ask how can we process grief and cultivate listening & empathy, as individuals and a collective? 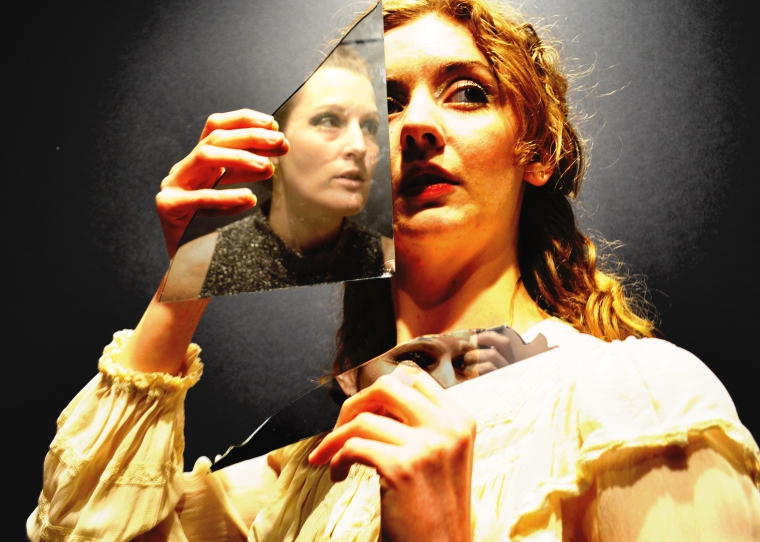 and there was a new voice which you slowly recognized as your own is funded in part by the Regional Arts & Culture Council and many generous donors.

Stephanie Lavon Trotter is an electro-acoustic vocal-instrument, composer, improviser, and performer.  She has been dismantling her formal training in Western classical composition and operatic performance since 2009,  in a range of compositions, and performances: waiting to be moved (2012), Conversation with a Room (2012-2014), collaboration with _______ (2013), ATTEMPT// (2014), grosso cazzo: big dick, a lady’s play (2015), and Sight Shadow (2016). Her work has been shared at MoMA PS1, Performance Works NW, DISJECTA, Open Signal, Beacon Sound, Gallery 1412, universities, houses, bars, coffee shops, barns, garden houses, estates, churches, books stores and small venues across the NE and NW coasts of the United States. In her capacity as a vocal coach, Stephanie has recently worked with Danielle Ross on Apparatus (2017) and Nancy Ellis on Nous on va danser (2017). Stephanie regularly produces music shows and performance art events in Portland, OR, and is a member of several collaborative music projects, including Golden Organ (with Margaret McNeal), uneasy trio (with Annie Gilbert and Justin Smith) and TROTTERtrotter (with her brother and mentor Nick Trotter). She holds an MFA in Interdisciplinary Arts from Goddard College, and a B. Mus in Vocal Performance from Cornish College of the Arts. stephanielavontrotter.com