To see videos of the May Boris & Natasha Dancers click here and here.
For Tuesday evening and Saturday morning Yoga click here

Via Chicago: An evening of films
June 17th 9pm— FREE or by donation

Lori Felker and Ben Popp both came from opposite sides of the country to obtain their masters degrees in film at the School of the Art Institute of Chicago. Lori remained to teach at the school while Ben moved back out west to Portland, OR to try his hand at the film scene there screening works in Filmed By Bike and the Portland Underground Film Fest. Lori contacted Ben about doing a show as she comes through town on a trip out west. They both came to Portland…”via Chicago”

Pippa Possible and Crispin Rosenkranz moved from Portland to Chicago in 2007. Pippa began attending the School of the Art Institute of Chicago, where she will receive her BFA in December 2009. Pippa is the Station Manager at FreeRadioSAIC, and focuses on the time-arts – video, audio and performance. Crispin recieved his BS in Speech Communications at Portland State University. Before transplanting to Chicago, he has been a dancer, performer and video artist in Portland for over twenty years. Crispin will begin his Graduate Studies at the school of the Art Institute of Chicago beginning in Fall 2009, in Film/Video/New Media. 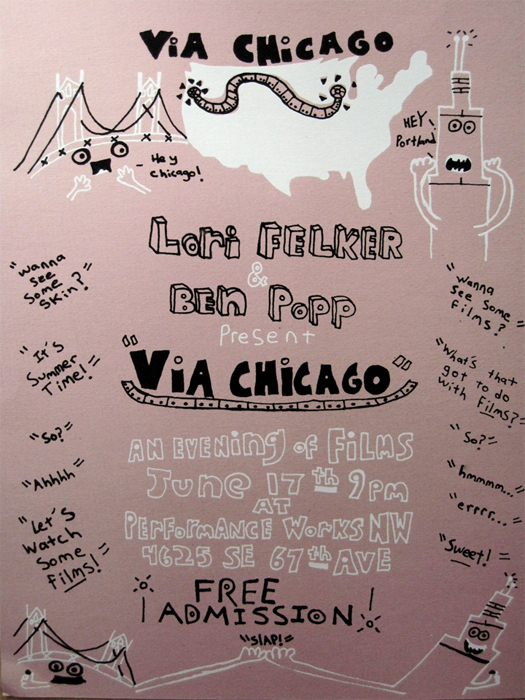 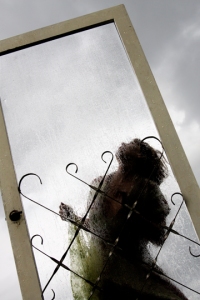