All events at PWNW || 4625 SE 67th Ave.|| Portland, OR 97206
unless otherwise specified
Find Advance Tickets to many events HERE
The Starred Events ** are available for Arts for All tickets!

Sada Naegelin & Leah Wilmoth
I drowned in moonlight, strangled by my own bra

A firstborn daughter of the 1960s navigates her fractured family of origin to make sense of her inheritance. This workshop production is written and performed by Gigi Rosenberg and part of the Fertile Ground Festival of New Work. Directed by Michael Griggs and dramaturgy by Seth Barrish. Tickets: $15 in advance; $20 at the door

Think your job can’t be automated? The Shareholders disagree. Writer/performer/producer team Tobin Gollihar and Ian Sieren return to this year’s Fertile Ground Festival with Real People. Not Actors, a darkly comedic look at a near future where all our jobs have been automated, and all our government services have been contracted to the Corporations. Advance tickets HERE.

Syde-Ide Collaborations  || The Clark Doll: A Play of Ritual and Mask 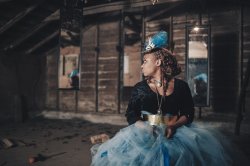 Three black women find themselves confined to a space; the kind that doesn’t allow visitors. It isn’t the first time but hopefully, it will be the last. Natasha wants to escape for good; Judi wants to sleep; and Sophia just doesn’t want to end up left alone. Meanwhile, this trio of “sistas” will do what they can to survive their circumstances and each other. Written by Liz Morgan

“Inspired by the early work of Jerzy Grotowski, the medium of Paratheatre I have been developing since 1977 combines methods of physical theatre, dance, and Zazen to access and express the internal landscape of autonomous forces in the Body. Though I can’t say this work is for everybody, it seems to appeal most to performers and non-performers alike seeking a safe space to explore their visceral responses to spiritual sources at higher levels of personal freedom and integrity.” – Antero Alli 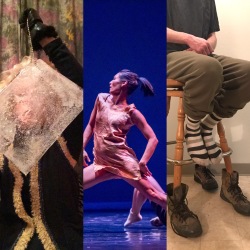