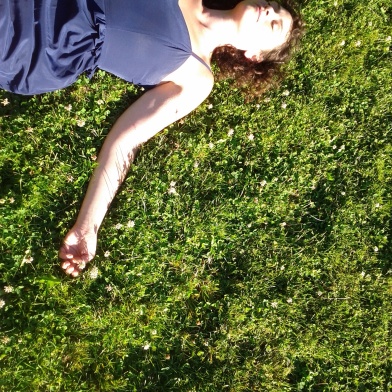 The Greatest Entertainers Ever 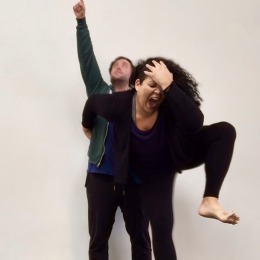 PWNW presents an assemblage of imaginative, unruly, unconventional entertainment, presented salon-style, by some of the most inventive performing artists from the region. This edition features a collaboration between dancers Mike Barber and Subashini Ganesan, work by Seattle’s Syniva Whitney/Gender Tender, oboist Catherine Lee performing a piece written for her by Terry Brook, performance by PETE’s Amber Whitehall, dance by the fabulous Button Will, and your favorite unpredictable, ever-revolving gang of untrained male dancers, The Boris & Natasha Dancers with a new duet performed by Eric Immel and Jeff Donaldson-Forbes directed by Linda Austin. AND… returning as our fabulous Emcees—The Greatest Entertainers Ever (Reid Urban & David Weinberg)

ABOUT THE ARTISTS
In History of Habits, Mike Barber and Subashini Ganesan continue their exploration of the meeting of their worlds. Culture, race, abstraction of tradition, artistic and personal history all come into play. where is yes? where is no? where is power? where is connection? where is identity?

Mike Barber has performed in Seattle, San Francisco, New York and Portland over the past four decades, and has produced and appeared in many of more than 40 iterations of the performance series Ten Tiny Dances since 2002. He is currently a psychotherapist in Portland, OR.

Syniva Whitney/Gender Tender performs GUT, investigating the spaces above, below, around, outside and inside.  What could happen here. What has happened here. Renovate, transform the space, try, succeed, fail. Architectural drag, a contractor gone wild, all that jazz dance and somatic huh. Performers: Will Courtney and Syniva Whitney

Syniva Whitney has been making performance work that combines dance and acting techniques, cinematic devices and visual art practices on their own and under the project name Gender Tender since 2012. They make things that grow from approaching binary systems as palettes and generate experiences rooted in shifting perspectives physically and abstractly, totally inspired by their non-binary, queer, black and multiracial identity. They have shown work in Seattle at Velocity Dance Center, On the Boards, Washington Ensemble Theater, the Seattle International Dance Festival, Yellow Fish Epic Durational Performance Festival and Gay City Arts and in Minneapolis at events curated by HIJACK, 20% Theatre Co., The Body Cartography Project and 9×22 Dance Lab. They have danced for kt shores, Paris Hurley and Maureen Whiting Dance Co., and worked as a collaborator and performer with Aniccha Arts and Vanessa DeWolf as well as exhibited their visual art and screened their short films nationally. Syniva holds an MFA in studio art from the School of the Art Institute of Chicago and has studied dance and performance with BeBe Miller, Nancy Stark Smith, Kris Wheeler + Vanessa DeWolf and Stephanie Skura. Their work often features performer Will Courtney, their real life partner, favorite person in general and frequent collaborator. Their latest new work is set to premiere at the Northwest New Works Festival June 17th and 18th 2017 at On the Boards in Seattle.  www.syniva.weebly.com

Catherine Lee performs Alluvium for oboe d’amore and electronics (2016) composed by Taylor Brook. Alluvium was written for Catherine Lee in the Summer and Fall of 2016. The title refers to the sand and rock materials that move through bodies of water, changing the shape and form of shorelines over long periods of time.

A diverse musician, Catherine Lee has performed extensively as a solo, chamber, and orchestral musician on oboe, oboe d’amore and English horn in a wide range of artistic settings, including classical, contemporary, and free improvisation.
As an interdisciplinary artist, Catherine collaborated in the creation of reeds, a site-specific work composed by Emily Doolittle (Sound Symposium, 2010); with POV dance (Ten Tiny Dances, 2008); and with Tracy Broyles (Risk/Reward Festival, 2012). Catherine has performed in the oboe sections of many ensembles, including Oregon Symphony, Oregon Ballet Theatre, Portland Opera, Les Grands Ballets Canadiens de Montréal, Montreal Chamber Orchestra and was a tenured member of Orchestre symphonique de Longueuil from 2003 to 2008. Catherine has also performed in ensembles led by improvisers Vinny Golia, John Gruntfest, Gino Robair, and Tatsuya Nakatani.  In 2015 the Lee + Hannafin Duo released their first recording Five Shapes: Improvisations for Oboe d’amore and Percussion, and in 2013 Catherine released the solo cd social sounds featuring works for the oboe, oboe d’amore and English horn by Canadian composers. Catherine is on faculty at Willamette University, Western Oregon University and George Fox University. Catherine is a founding member of reSOUNDings and the Lee + Hannafin Duo.  She holds a Doctor of Music in Oboe Performance and a Bachelor of Music from McGill University (Montreal, Quebec), and a Master of Music and a Performer Diploma from Indiana University (Bloomington, Indiana). http://www.catherinemlee.com

and we want fruit, yes we do, by Amber Whitehall, is a thing made of hungriness and failure. A juicy object of repetition, slow motion and stillness. A poesy of swallowed selves and fruit ferment. A strange thing that behaves like nothing else in the world does.

… how fresh is fruit, how sweet is fruit how nice is fruit, if you are where fruit grows all is well but if you are not and there is no transport, well then there is no fruit and we want fruit, yes we do. What do we want, what we have yes and wish wish…        -G Stein

Amber Whitehall is a founding member of PETE (Portland Experimental Theatre Ensemble). She is a performer, writer and teacher. She writes in time and space to share a likeness of lived feeling and to see the familiar anew. She believes in the utility of ambiguity. She believes in the power of metaphor. (Even if it takes a lot of work and a good deal of confusion.) Her research and teaching includes compositional process, embodied awareness and expression, and the symbiotic relationship between composition and improvisation. She has produced work and taught in Portland, Seattle, NYC, and Europe. Amber is a regular practitioner and teacher of the Viewpoints and Suzuki actor training, as well as Roy Hart Voice and extended vocal work. MFA: Contemporary Performance.

Button Will performs Platonic Interference, inspired by the things they hate about the people they absolutely adore… also about the Disney princess complex they have. It’s hard to be a Disney princess when you hate everyone

Button is a local performance artist who enjoys layering concepts and playing with juxtaposition. Their dance weapon of choice is a fusion of modern dance, ballet, and vogueing. That is.. If all of those dance styles had an improvisational baby… That’d be Button.

The Greatest Entertainers Ever! Who farted?? Was it God? Jay Leno? Europe? The Internet? Michael Jackson? The Aliens? Conceptual Art? Isis? A Joke? Barack Obama? Silence? Jar Jar Binks? The Human Body?.. Anyhow, prepare to suspend your disbelief for The Greatest Entertainers Ever! GEE is J and Jay, two twins born on the stage and destined for stardom of unfathomable proportions! While their history and sudden rise to fame remains a mystery, what is known is that these goons have seemingly mastered every last form of entertainment whatsoever. Opera? Magic? Dance? Slapstick? Mime? Ventriloquism? Psychic Readings? Sandwiches?! Is there nothing they don’t do?! Thank you!!! https://vimeo.com/96740722