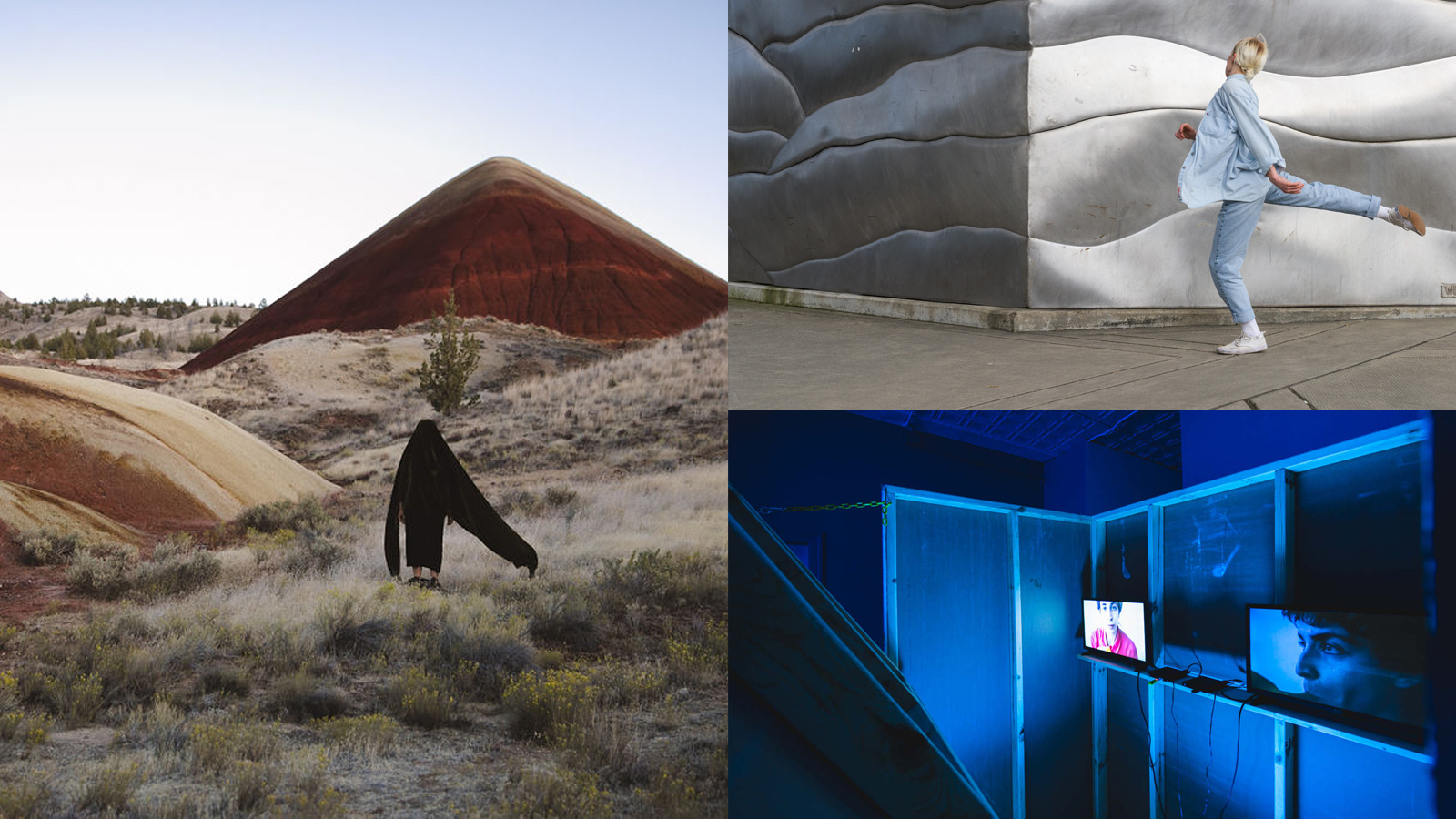 All of us at PWNW are extremely happy to welcome the newest Alembic Resident Artists: Sarah Brahim, Maggie Heath, and Catherine Ross! We look forward to their enlivening presence in the studio starting in June and to sharing the results of their residency in March 2020.

A huge thanks to all of the intrepid and talented applicants, and to panelists claire barrera, Jodie Cavalier, Sophia Emigh, and Hannah Krafcik for their thoughtful, professional, compassionate review of all 20 of the Alembic proposals.

Sarah Brahim is a movement artist passionate about creating meaningful work through varying mediums. She grew up studying, choreographing, performing, and teaching jazz, ballet, and tap in Portland, Oregon. She studied at the San Francisco Conservatory of Dance, and, in 2016, graduated from London Contemporary Dance School (LCDS) with a BA Honors degree in Contemporary Dance. At LCDS she further explored the depth and resonance of movement, discovering her passion for improvisation, collaboration, choreographing, and healing through movement. Since graduating, she has worked professionally internationally performing, choreographing, and directing movement. In 2019, based in Portland she is continuing to craft performances and produce work on the themes of culture, loss, veiling, borders, race, woman of color experience, body in landscape, and the imprint places can leave on us.
sarahbrahim.com/

It is important for me to examine the ideas of nationality, borders, home, language, what it means to belong, the differences and similarities between us. Movement for this is the perfect medium to explore these topics because bodies are universal and no common words need to be spoken between people to understand expression of movement. This is important and relevant to study now as it is something that weighs heavy on my chest and as society is becoming increasingly divided. My vision is through the eyes of someone who sees the world from a female body, has always seen everything as movement (the wind blowing fabric to a rhythm, children running through a city, walking at night with an old friend), and someone who comes from many places in the world.

Maggie Heath is a Portland based installation artist whose work is heavily influenced by the intersection of performance and visual art. She holds a BFA from Portland State University. Her work has been presented in Portland, Minneapolis, and Seattle. Heath’s practice has been supported by the Portland Institute for Contemporary Art, International Sculpture Center, and the Oregon Arts Commission. Recent exhibitions include Blue on Blue on Blue at Nationale (2018) and Thru the Roof at the Alice (2018). The artist was in residence at The White Page Gallery (2017-2018).

Maggie’s solo practice combines her education as a sculptor and installation artist, and is heavily influenced by her early years as a ballet dancer. Heath utilizes sculptural and lighting tableaus, to create what in her mind is set design—she is generally confused by the difference between set and art-work as defined by traditional visual art contexts. Once constructed, Heath’s work can be seen as both an unactivated performance space and/or a site that has been used and left with evidence of its purpose and/or a room of objects, videos, experiences on display. maggie-heath.com

I recently started to work on a sculpture of a chair. While discussing it with my studio mate I told her I was making a waiting room because, “who isn’t waiting for something?” The act of waiting for me has become a willingness to be present in uncertainty. I see it as a body stilled. Stilled while the mind acts as an object tending to stay in motion.

I’m considering waiting as an awareness of the body in space. Waiting in the present moment. Waiting that makes the senses heighten or dull. Waiting as time appears to slow. Waiting as a solitary act. Waiting in crisis with community. Waiting and needing a distraction. Waiting in suspension.

catherine ross is an emerging sound artist, choreographer and performer born in the high mountain desert of idaho, usa.  her works exist at the intersection of movement, sound, text + technology. centered around concepts of labor, contemporary disembodiment + new technologies, catherine creates immersive performance works in which she sources data as a raw material for interpretation. since becoming active in portland oregon, catherine has performed with artists such as experimental performance creator + technologist andrew schneider TBA 2018, choreographer bouchra ouigzen TBA 2017 + local artist mk guth at reed college 2017. she has also presented her own performance + sound work at the time based arts festival 2018. catherine holds a BFA in intermedia from the pacific northwest college of art 2018. she has served as artist-in-residence with performance group physical education + the center of contemporary art + culture 2017 as well as with the national oceanic + atmospheric administration 2018 | 19 in their art+science initiative – in which she realized a performance with the pacific dance ensemble in newport, oregon. catherine currently holds a residency with the make+think+code lab in portland, oregon, where she is exploring the creative applications of burgeoning technologies within contemporary performance. catross.net

i am drawing upon media + the body to question how new technologies impact the embodied experience. my interest in combining movement / dance with technology comes from a questioning of quotidian interactions with digital technologies as performative + physically driven acts.