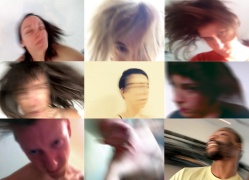 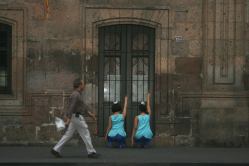 A glimpse into Visiting Alembic Artist Meg Wolfe‘s project New Faithful Disco. With cocktails! Meg’s collaborator/composer Cuca Esteves will also be present.
Meg Wolfe is a Los Angeles-based choreographer/performer who creates solo and small group dance and collaborative performance. Her full-evening work, trembler.SHIFTER, was a 2011 National Performance Network Creation Fund Project, commissioned by REDCAT in partnership with the Fusebox Festival and NPN. With this project, she was noted by the Los Angeles Times as one of the “Faces to Watch in 2012 in Dance″.
Meg’s PWNW residency is supported by the Foundation for Contemporary Arts

An unpredictable solo by Linda Austin, a dance brimming with perceptual, physical, textual and emotional currents, is remembered/mis-remembered by eight other dancers performing their own perfectly imperfect versions in a pass-along relay over several months. This series comprises the first stage of Austin’s long term project (Un)Made, a vehicle for the making, unmaking, transforming, transmitting, and distilling of performance and the performative self.

At once experiential inquiry and staged performance, (Un)Made unfolds over the next 2-3 years in three stages: a pass-along solo for 8-10 performers; a group score for up to 20 trained or untrained performers at a time, for a work that can be learned, adapted, practiced, and performed over the course of a week; and, finally, a fully-designed and staged dance that draws on material and methods generated over the previous 2 versions. 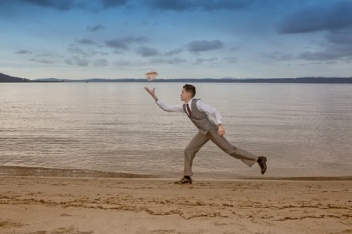 ilvs strauss, Seattle-based performance artist, writer, & mover, will be in residence at PWNW as she begins to adapt her well-received solo Manifesto into a full-length work incorporating other performers. Read about her project HERE. ilvs invites Portland performers to join her in workshopping the piece on Sunday March 22 and Tuesday March 24 from 1-4 at PWNW, as well as to take part on the Tuesday evening showing.

LA BARBACOA || Contemporary Dance from Morelia, Michoacán, Mexico
March 25-31 || Investigation and research in the PWNW studio and on the streets of Portland
April 1 || 7pm || Body/Sound/Visual Installation
Suggested donation of $5 at the door; no one denied entry due to lack of funds
Free refreshments!

La Barabacoa Danza Contemporanea, in residence at PWNW in late March, is a dance group from Morelia, Mexico. Their current project, Migrant Body/Cuerpo Migrante, is a platform for reflection and research on how migration between México and the United States affects the body. How does a migratory, mobilized body affect the zones and territories it enters? How does this body affect other bodies already residing in these locations? How do the newly-encountered zones and bodies transform the migratory, recently-displaced body?

The first part of the project consists of three residences and scenic interventions in: Portland, OR; Greeley, CO., and New York. La Barbacoa will spend the first days of their PWNW residency in a process of research and investigatory interventions, both in the studio and on the streets of Portland. The public is invited to learn about the project and witness a presentation and informal performance on April 1 at 7pm.

This Project was supported by the State System of Creators through the Program “Coinversiones para la Producción Artística de Michoacán. This Project is public; it is not supported or promoted by any political group, and the resources came from contributors’ taxes. No one is allowed to use this information with political objectives or any other purpose than that which has been established by the Project. Whoever uses the information or the resources of this Project illegally shall be sanctioned under the terms established  by the competent authority.