Inspired by surrealist painters such as Gertrude Abercrombie and Leonora Carrington, Linda Austin and Allie Hankins weave movement, objects, words, and song to celebrate (or is it bemoan?) our unstable, unpredictable world and the revelations yielded by a rigorous yet playful devotion to unlikely pairings and (re)combinations. Along the way: a dismembered hyena, rustling onion skins, swirls of darkness and light, and a big pink surprise.
Development of this piece supported in part by the Regional Arts & Culture Council 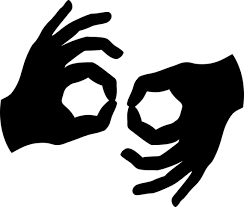 Linda Austin, founding artistic director of Performance Works NW, has been making dance and performance for almost four decades, in New York, Mexico, and, for the past 20+ years, in Portland. Awards include the 2107 Foundation for Contemporary Arts Merce Cunningham Award, the Regional Arts & Culture Council’s Artist Fellowship in Performing Arts, and two Oregon Arts Commission Fellowships. In addition to collaborating with the great Allie Hankins on /ə ˈsɪŋgəl pɪŋk klɑʊd/, she is dancing in claire barrera’s piece Grammar of the Imagination and devoting herself to finishing her durational solo 3 mile of possible by spring equinox 2023. Linda is trying to learn Japanese, and has started playing the electric guitar again after a lapse of many years.
pwnw-pdx.org/linda-austin-dance/

Allie Hankins is a Portland-based dancer and performance maker. She is a resident artist and steward of FLOCK, a dance center and creative home to Portland’s experimental dance artists founded in 2014 by Tahni Holt, and In 2013 she co-founded Physical Education, a critical and casual queer cooperative comprised of herself, keyon gaskin, Taka Yamamoto, and Lu Yim. Her current projects include /ə ˈsɪŋgəl pɪŋk klɑʊd/ with Linda Austin, a five-part performance series titled By My Own Hand, dancing in claire barrera’s piece Grammar of the Imagination, and learning American Sign Language.
Most recently, Allie has performed with Milka Djordjevich (LA), Morgan Thorson (Minneapolis), and Rachael Dichter (SF).
alliehankins.com & physicaleducation.life